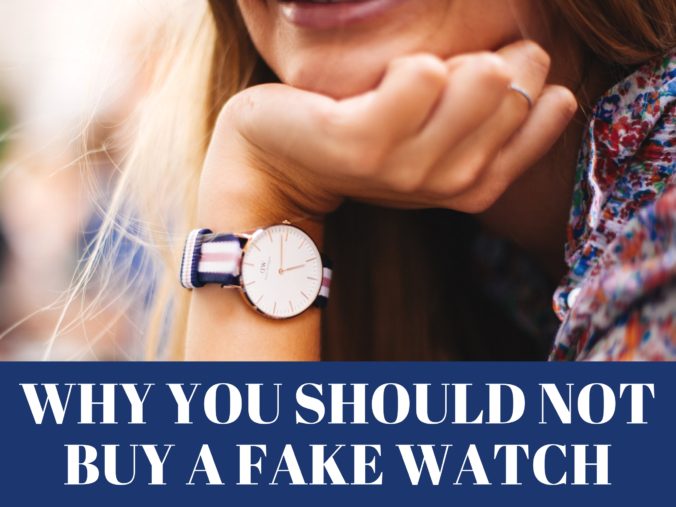 According to Forbes, 15-30% of Internet searches on watches involve people looking for replicas. But what’s the big deal with buying a knockoff watch anyway? Why you should not buy a fake watch

Because fake watches are made as cheaply as possible, they generally have very short lifespans. Made with low quality materials and internal mechanisms, fake watches quickly fall apart and are notorious for keeping inaccurate time. What use does a watch have if it can’t tell the correct time? 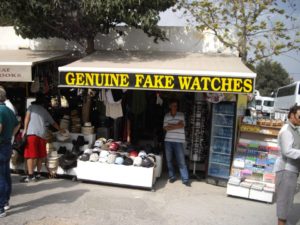 At first, you may feel like you saved a lot of money by paying a fraction of the price. But after a few weeks or months of wear, the watch will break or not keep time and you’ll regret your purchase. Most jewelers will refuse to repair counterfeit watches. In the end, you’ll lose the money you spent on the watch.

A fake watch has no value. Why waste your money on something without value?

The hard truth is that we regularly judge others on their appearance. Just by wearing a fake watch, you can cause irreversible damage your reputation. While some may excuse your purchase as an attempt to impress others, others will deduce that you are poser or downright disingenuous. Don’t run the risk of others assuming you are as fake as your replica. 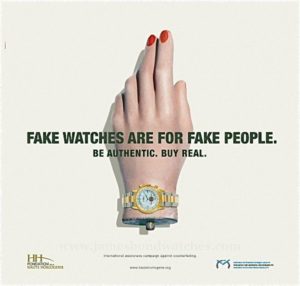 Fake watches are illegal in that they illegally copy a brand’s name, logo and/or design elements. Because they are made illegally, counterfeit watches are made in unlicensed and unregulated factories. The workers, often underage and against their will, are subjected to dangerous conditions.

Your seemingly innocent replica has some widespread repercussions.

Counterfeit watches undermine the entire industry by diluting and redirecting the equity of watch brands into counterfeit goods. In fact, estimates by the Swiss watch industry reveal that the replica watch market costs them billions of dollars each year.

Knowing that you risk wasting money, a tarnished reputation, and supporting illegal activities, is buying a replica worth it?