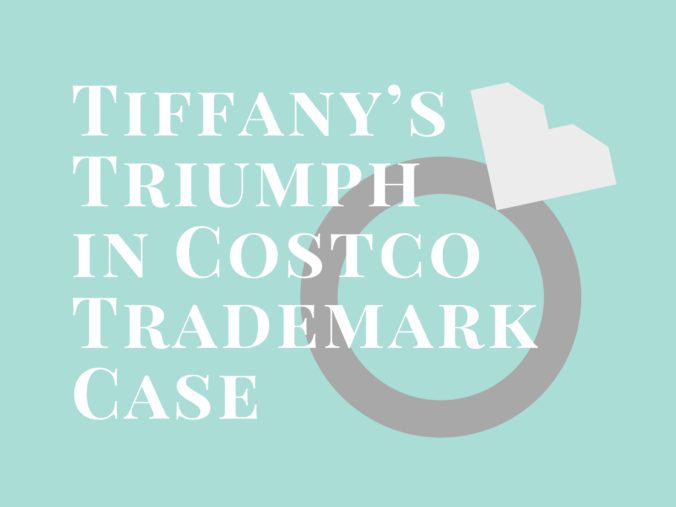 When you think about shopping for engagement rings, Costco Wholesale Corporation probably isn’t the first retailer that comes to mind. However, the warehouse club chain was desperately trying to claim a growing share of the fine jewelry market – by offering “Tiffany” diamond engagement rings. In doing so, Costco has been charged with trademark infringement and trademark counterfeiting against world-famous luxury retailer, Tiffany & Co.

A federal judge has ruled that Costco owes Tiffany & Co. a settlement of $19.4 million for selling generic diamond rings falsely marketed on in-store signage as “Tiffany.”

The ruling comes four years after Tiffany & Co. originally filed a cease and desist against Costco. Even though Costco immediately removed all “Tiffany” signage from the rings and even offered to refund customers’ money, Tiffany still pursued a suit against the retailer. Why? To defend its biggest asset: the value and cachet of its brand.

Costco argued that it used “Tiffany” as a generic term to describe the style of setting. Costco claimed “Tiffany” had become an industry-standard, generic term for the six-pronged gem mount created by Charles Tiffany in the 19th century. Further exacerbating the situation, Costco even asked for a declaratory judgment that would cancel Tiffany’s trademark rights to the name when used to describe ring settings.

“This was not a case about counterfeiting in the common understanding of that word—Costco was not selling imitation Tiffany & Co rings,” Costco said.

But the luxury jeweler did not take lightly to its trademarked and registered name being challenged. Nor should they.

Brands risk losing millions of dollars if they don’t protect their trademarks. The more famous the brand, the more valuable trademark protection becomes. 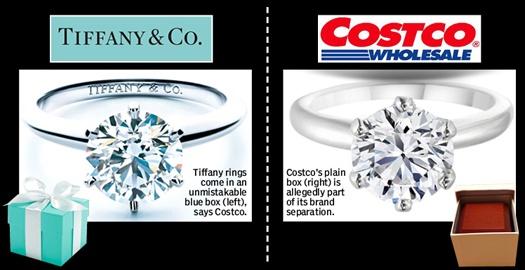 Even being indirectly associated with anything cheap has the potential to make the price of jewelry plummet dramatically. If Costco had continued to use the Tiffany name, their reputation as a low-price retailer could have had a detrimental effect on the overall value of Tiffany & Co.’s jewelry.

“We brought this case because we felt a responsibility to protect the value of our customers’ purchases,” a company spokesman said. “It is critically important that the Tiffany name not be used to sell any engagement ring that is not our own.”

According to a Bain & Co. report, Tiffany “claims the largest share of the female mind in the U.S.” when it comes to name recognition in jewelry brands. Given the fact that Tiffany has struggled in recent years to command consumer attention in an oversaturated luxury market, defending their trademark and their reputation was a no brainer.

In addition to paying Tiffany, Costco can never again use the word “Tiffany” to sell products as a standalone. Bye, Felicia!